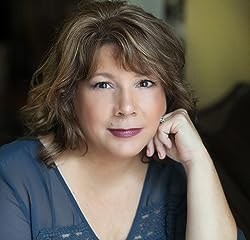 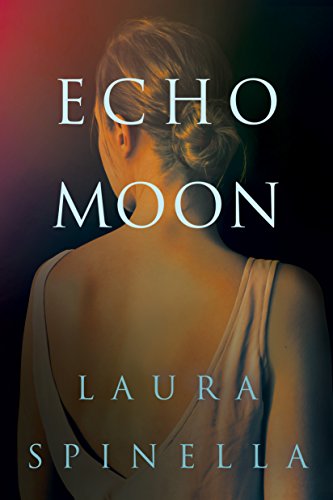 Echo Moon is her seventh published novel and is the series conclusion to Ghost Gifts trilogy which includes her #1 Kindle bestselling novel, Ghost Gifts and Foretold. Ms. Spinella is a two time RITA finalist and an RT Book Reviews finalist. Ghost Gifts is is an Audie winner for Best Paranormal Recording. She is originally from Long Island, but now lives in the Boston area (wicked cool, my daughter's heading to Boston for grad school!) with her family. Visit her website:  http://lauraspinella.net/

I have to confess, paranormal is not a genre I read, but I agreed to feature Laura on my blog, because I am familiar with her work, I know many, many book friends who adore her books, AND because I love to learn about authors and help get the word out for them. It's a solitary world, writing, and these days authors are often tasked with doing much of their own promotion. It's a lot of work, so if I can help, then I'm there for them.

Paranormal Romance is defined on Wikipedia as a subgenre of both romantic fiction and speculative fiction. Paranormal romance focuses on romantic love and includes elements beyond the range of scientific explanation, blending together themes from the speculative fiction genres of fantasy, science fiction, and horror.

Synopsis of Echo Moon:
A past life, a past war, and a past love. Peter St John can’t foresee a future until he confronts his past sins.
When photojournalist Peter St John returns home after a two-year absence, the life he’s been running from catches up. For years his mother’s presence, coupled with Pete’s own psychic gift, has triggered visits to 1917. There, he relives battles of the Great War, captures the heyday of Coney Island on canvas, and falls in love with an enchanting and enigmatic songstress named Esme. Present-day Pete still pines for Esme, and his love endures…but so does his vivid memory of killing her.
When he discovers family heirlooms that serve as proof of his crimes, Pete will have to finally confront his former life. He also meets a young woman—who is more than what she seems—with a curious connection to his family. As century-old secrets unravel, can Pete reconcile a murder from his past before it destroys his future?

I took some time to peruse Laura's website and there's lots of great information on there. For instance, she's got trailers for some of her books, including Echo Moon: https://youtu.be/am4lcHmdaJw

I read a bit of her blog and it was heartening to read about the health struggles her daughter had and how she just graduated law school. Wow, congrats!! I feel a kinship there as my daughter heads to Boston University to get her Masters in PR. I also enjoyed reading about how she and her family survived this last New England winter. Cabernet, chocolate and binging on some TV. Works for me. We lived in Boston from 1988-1998. The last winter we spent there we had a massive snowstorm on April 1. No FOOLING!! My drive home from work, which normally took 45 minutes tops, took almost 3 hours! Imagine that with a three year old strapped into a car seat in the back! That three year old is the one heading off to grad school, HA!

While I may not read paranormal, Laura writes about more than ghosts as she says on her website! I am sure after playing around Laura's website that I am going to read her book Unstrung. She describes the main character, Olivia Klein, as quirky and capricious.Quirky characters are a big draw for me. Plus I know many book friends who told me they enjoyed Unstrung. I notied about 50 of my friends on Goodreads have rated it between 4-5 stars. Have you read it? Comment and let me know.

If you are a fan of paranormal or like to be in the know when it comes to books and authors, why not sign up for Laura's newsletter: http://lauraspinella.net/newsletter/

I'd like to thank author Laura Spinella and Montlake Romance for the *GIVEAWAY* of one copy of Echo Moon to a lucky member of Baer Books. If you'd like to pre-order, here's the link to several outlets along with her Facebook and Goodreads pages:

Popular posts from this blog 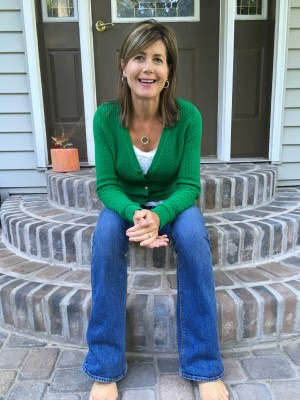 Pack Your Bag This is a new feature here on the blog. Many of you know that I am a travel advisor and often I wonder about people's travel habits. I was looking for a new way to feature authors on the blog and at the same time, learn something a little different, from a different angle. So, with out further ado, the first segment will feature Jill Hannah Anderson, author of The To-Hell-And-Back-Club.

I've been reading, reviewing, and blogging over on Facebook 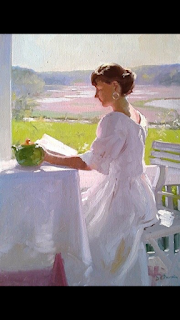 I wish I could say I've been serenely reading like this woman, but I have been reading, A LOT, and blogging and talking books over on Facebook page. It's just been awhile since I played around over here!

Since January I've read, 24 books. Goodreads says 23,but there's a glitch with one, Three Days Missing by Kimberly Belle. Goodreads says I've read it and it also shows I'm currently reading it. I have reported it to Goodreads.

ARCs I have waiting for me:

When Never Comes by Barbara Davis (actually just completed it last night. Review will be up this weekend) It's contemporary fiction with a little mystery, romance, and elements of family drama.
Relase date is May 1, 2018.

Our House by Louise Candish is mystery/thriller. Release date is August 7, 2018.

Sold On a Monday by Kristina McMorris is historical fiction. Release date is August 28, 2018.